This is the first of (hopefully) many posts about the development of my first independent game, The Swarm (temporary name for now.. or not.. we'll see).

I've always liked the idea of emergent systems, of complex behaviour arising through the interaction of simple entities. Most of my favourite games of all time (Crusader Kings 2, World in Conflict, XCOM : Enemy Unknown, etc) all exhibit this property and it's something I've always wanted to explore further.

I am going for a squad-based tactical action approach that could fit both PC and mobile platforms. For that, I need something that is intuitive and easy to understand, while still preserving a big possibility space that allows for complex interactions to emerge.

One of the main factors to clear out from the get go is how will the player see the world. Too far from the action and it becomes a high-level strategy game, too close and you lose the tactical awareness.

This is what I've settled by for now: 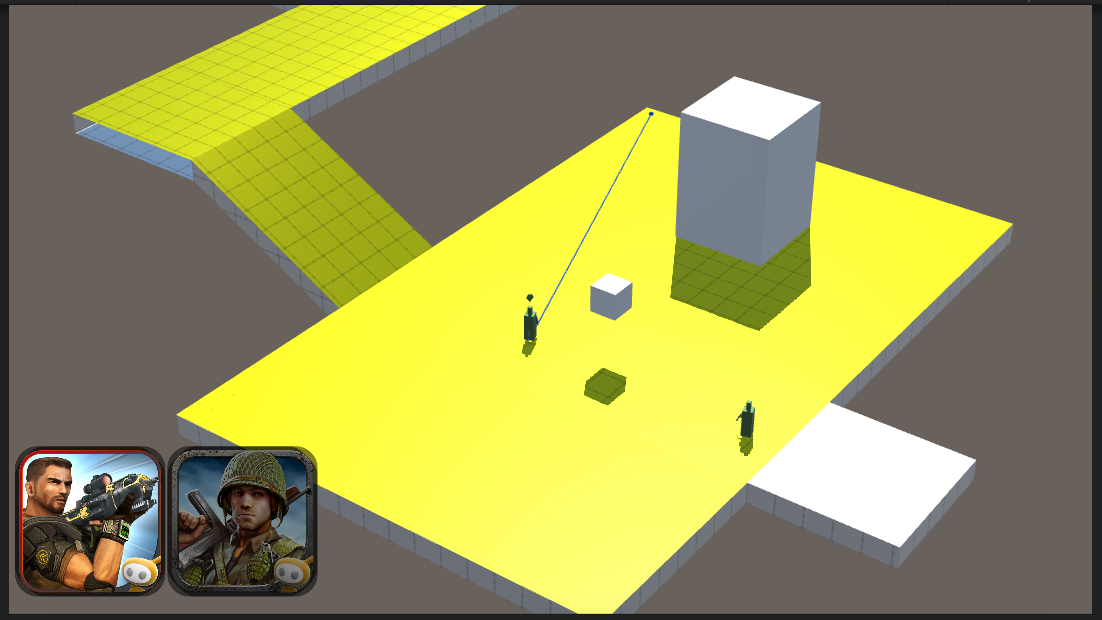 It seems to be a good starting point. It does appear to strike the right balance between being able to see what the units are actually doing while still providing an overview of the map that lies ahead.

This is how our killing machines look like at the moment:

Fitting the entire map on the screen would be infeasible, thus I've implemented a drag handling routine to deal with map scroll.

Clicking on the unit icons changes the currently selected unit. In order to avoid overwhelming the player with too many controls there is no way to rotate the camera. This poses some problems. If the player is going to see the world through a fixed perspective it's imperative that he is able to tell where his units are, even when they are behind obstacles. For that I've implemented a simple see-trough shader.

Well, that's all for now! In the next post, I'll go through the movement, aiming and shooting mechanics.

What do you think? Get in touch with me through email, LinkedIn or Twitter.

Hi there, This week I want to talk about how I'm approaching my code structure in these first stages…

The forces of story and gameplay

I’ve just finished playing Gone home (3 years after its release) and, while the plot ended up revealing…