We are so used to having so many elements of HUD in our games that we don't stop and think whether having them is such a good idea. Let's start with its basic definition from Wikipedia:

HUD (head-up display) is the method by which information is visually relayed to the player as part of a game's user interface. It takes its name from the head-up displays used in modern aircraft

You know, these things in white circles: 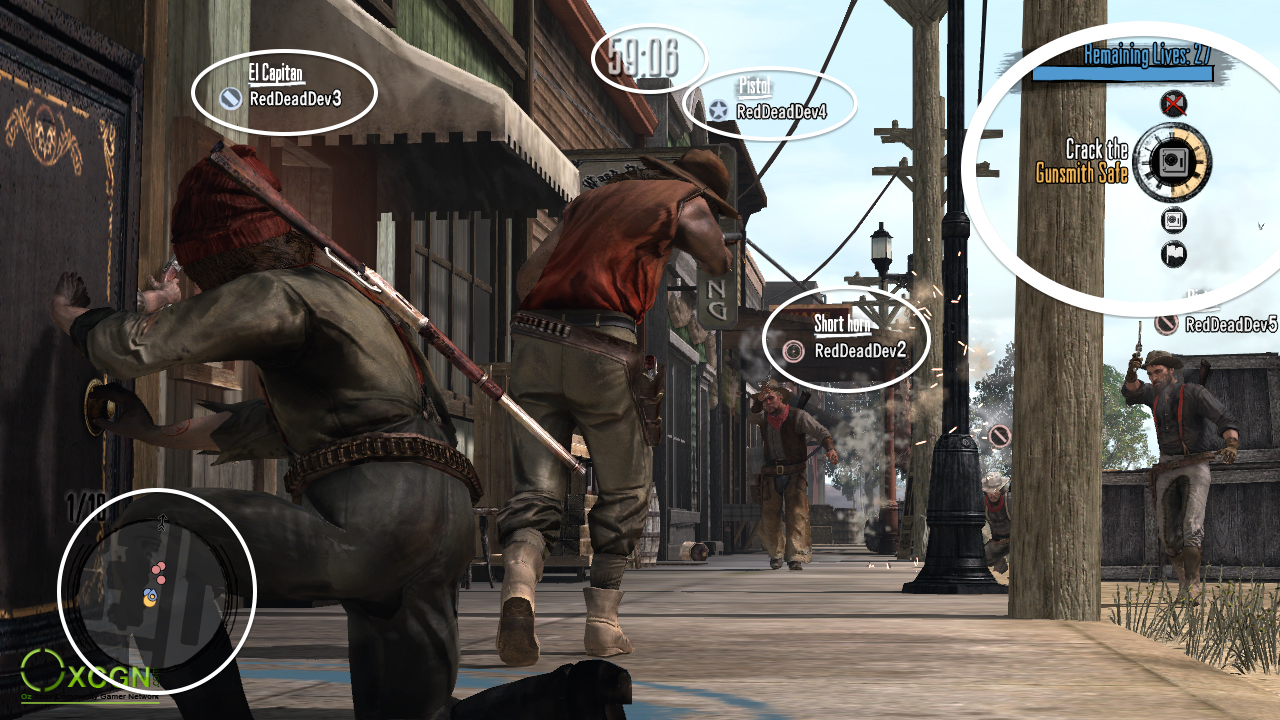 What is the problem? They all seem like relevant information right? In this post I will present some points against HUD, why it hurts game in general, list some benefits of not using it and show some games that opted out of it.

We can start by the previous image. That image was taken from a multiplayer match of Red Dead Redemption. I know that it is a somewhat old game but it will suffice to make my point. And from what I see, games aren't really evolving that much in this regard. Let's zoom in that left bottom corner: 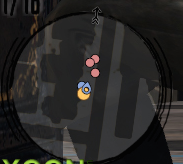 Here we have the map of the game. It is good for the player right? It shows us the current position of our player, our direction, and where the enemies are.
The problem with this is that it gives the player too much information. By giving these positions away without asking anything in return from the player, the game is basically disregarding both spatial recognition and visual memory skills.

Let me explain you why these are important. Imagine the following scenario: 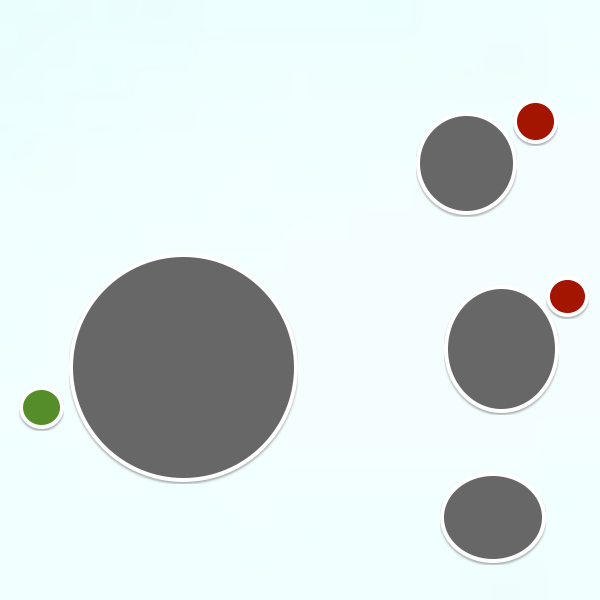 The green ball is the player and the red ones are the enemies. If we know where the enemies are there is no real challenge here because at any given time we have all the information we need to execute the correct action.
Imagine that we see the enemies going towards this direction, trying to reach us by going through the south part of the map: 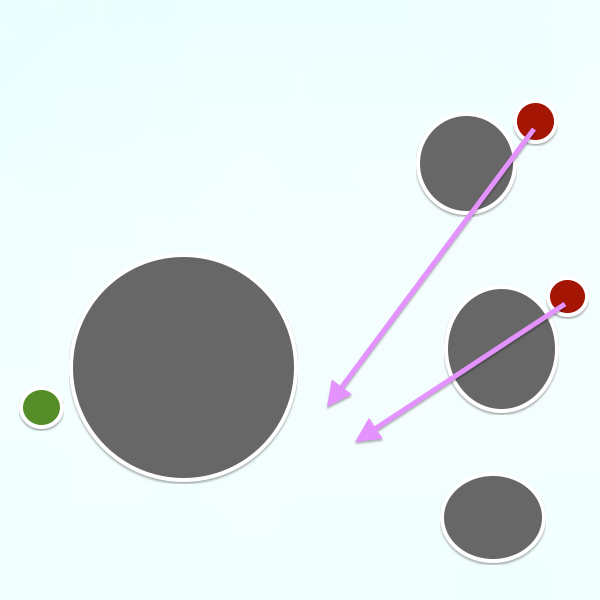 By knowing that, it becomes obvious that we can and have to flank them: 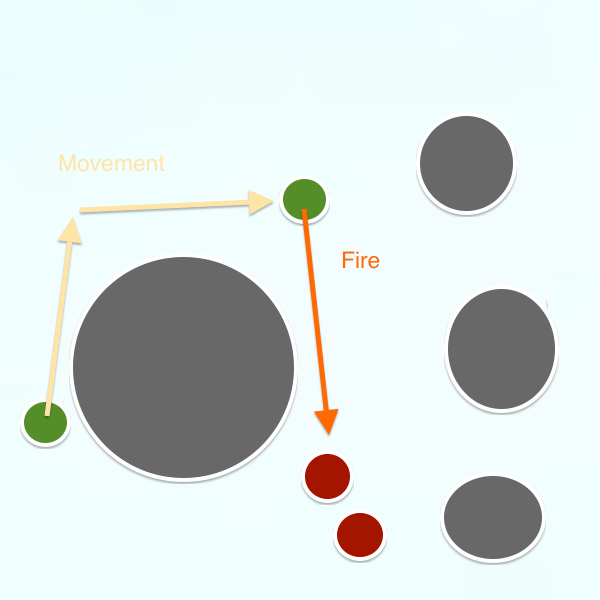 Now imagine that we couldn't see them if they were not in sight: 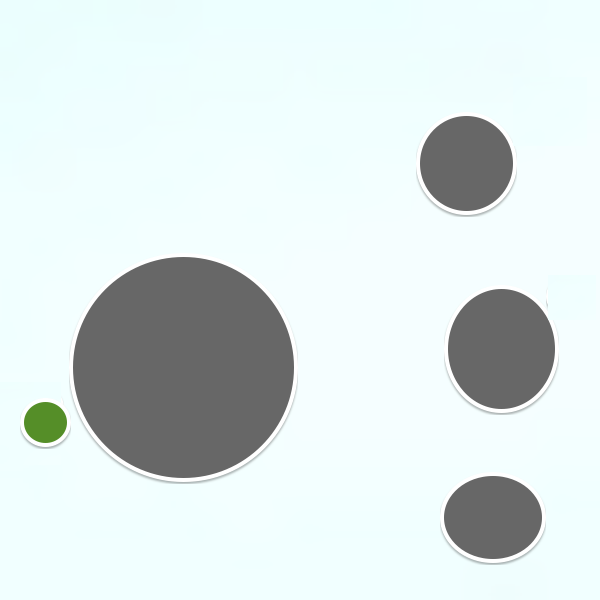 Just by looking at the image, you can tell that there is a lot more tension here. We do not know where our enemies are nor how many are there. This is the power of incomplete information. By not knowing everything about the world we have to play more carefully. We need to reach out and see where there are but at the same time we can't stand too long on the open field because then we will be an easy prey.

When the player tries to assess the enemies current position: 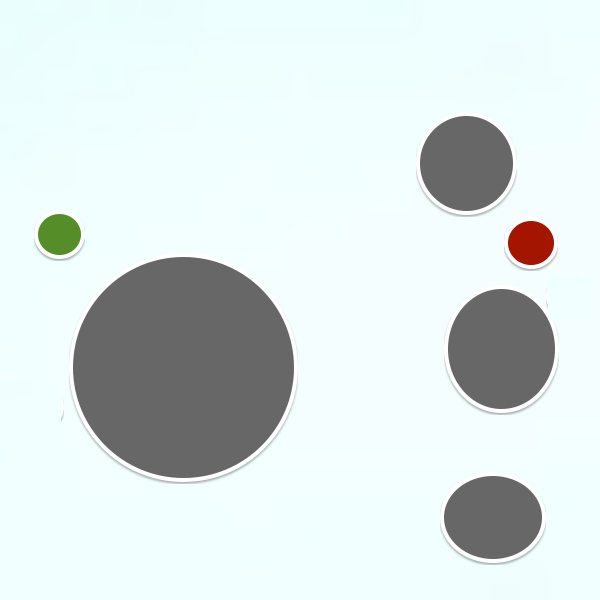 We find an enemy, after a bit of fighting we fallback to the back of the rock. 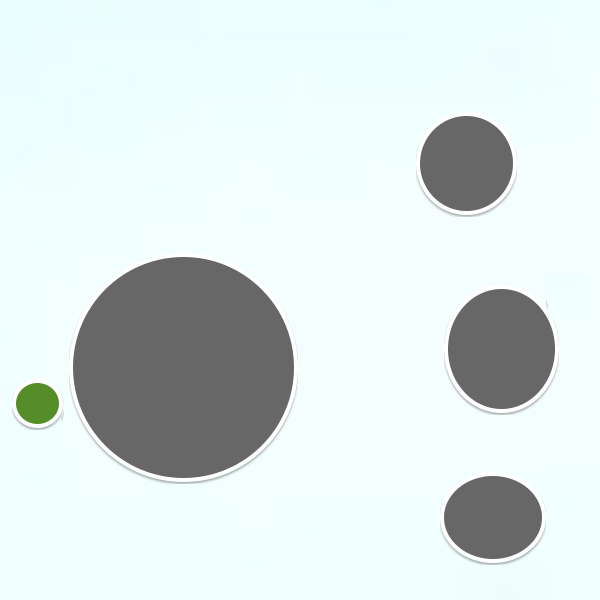 And now we have more information than we had before leaving the rock. We now know that there is at least one enemy and there he is somewhere in the north part of the map. By knowing this the player can mentally draw a circle of the possible locations where the enemy might be after some time (assuming a given velocity): 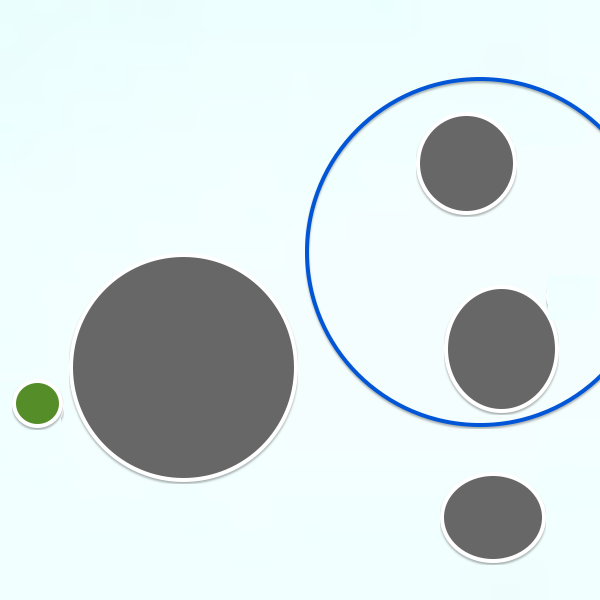 The player can then move to the other side to try to gather more information about the surrounding environment before engaging with the enemies. This means that planning is required, since that in the world with incomplete information, information itself can be a powerful weapon.

This continues on and on until the player kills all the enemies. As you can tell, there is a lot more going on inside the player's head (even if unconsciously) due to the lack of information that this approach presents.

So why not remove the enemies markers from the map? They only make the gameplay dumber without adding any real value. Also, by not showing them on the map, the player has to use other means to know where they are. This can be easily achieved with 3d sound, or by making enemies leave some kind of footprints.

In fact, why show the map at all? In real life we don't have anything similar and we are doing fine without it. Oh, I forgot, there is got to be a way to show the direction of places of interest right? 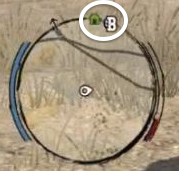 No! This approach has at least two disadvantages. The first one goes in hand with what I said earlier when talking about too much information. By telling him where to go, the player just enters in cruise-control mode. It's brain activity just stops because he doesn't even have to think whether he is going in the right direction or not because the map will always be there to guide him.
This can be hurtful to the immersion and connection with environment too, because the player will stop looking at their surroundings since all the information they need is right there in the bottom left corner. Instead of saying "go to this place in (x,y)" why don't we say "go this place next to that one", and the player has to find it on his own.

Let me tell you one thing I loved in Red Dead Redemption: treasures maps. A treasure map was just an image of some place and a marker for a treasure, without (most of the times) any name or any obvious information attached to it. Here is an example: 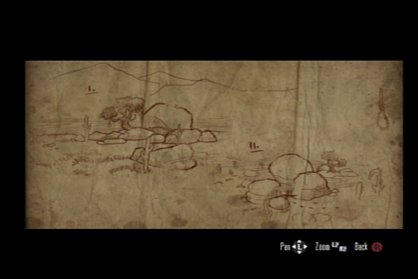 As you see, this is a very simple drawing of a place that exists in the game world. It might seem almost empty but there is a lot of information here. You can tell it’s in a place with cactus, very few trees and big rocks and if you look closely at the far right you can see a hanging rope. By the time the player founds this treasure map he had already been in this place during a mission, so after some searching it’s not that hard to find this place and dig up the treasure.

Finding this treasure requires analytical skills because first of all the player has to look at the world map and, since it its to big, filter out zones where it could not be due to it’s vegetation. Then after having some general idea of a virtual point and a radius to search in, the best option is to go to an high point to have a better view of the surrounding area.

You know what? It felt amazing. After finding the treasures the player would feel like Indiana Jones. Now imagine if there was a marker on the map with the treasure’s precise location. It would suck right? Please don’t assume that the player is stupid. Players love to solve puzzles in various dimensions. It’s all a question of mental challenge.

Now, there are some things that are just harder to make the player aware of without showing an HUD element. Consider health for example. There is no way to let the player know how much health he has without showing it on the screen right? Perhaps not.
Let me tell you about an old game, The Getaway for the PS2. Here is a screenshot: 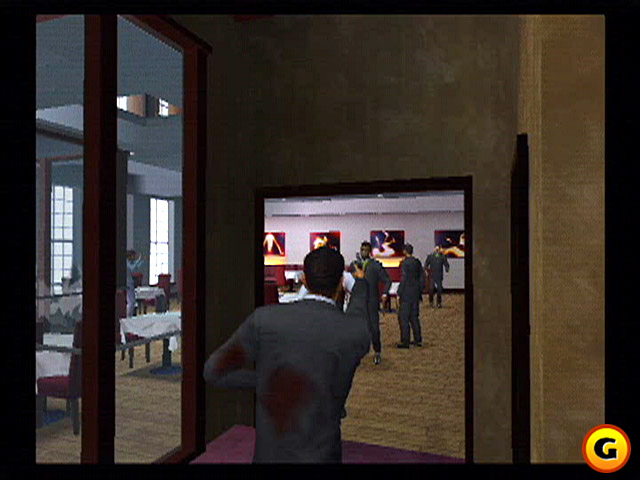 As you can see, there are no HUD whatsoever. How does the player know how much health he has? Let’s just rethink health bars for a bit. Does the player need to know exactly the percentage of health he has. Does it make a difference having 40% of health and having 46%. In most games no. So, in The Getaway, as the player suffered injuries, his body started having more and more blood stains and when you were almost dying, you would hear his heavy breathing. Isn't that enough information? Yes it its. In fact it’s even better than having a bar cluttering up the screen.

There is a lot more to talk about HUD and its effects, but this post is getting too long.
What I want you to keep in mind is the following rule:
The more information you give to the player the less he has to figure it out for himself.
Not giving any information at all can also be a bad thing. You have to give enough information for the player to make thoughtful decisions.
It’s all about making the player feel powerful about his achievements and that his losses were justifiable and a consequence of his errors alone.

Unity Journey: The Road ahead

Check out Part 2! This post marks the beginning of my Unity 3D Journey. I have never used it…

After having bought the latest Humble Bundle, one of the included games that I wanted to try was Awesomenauts.…